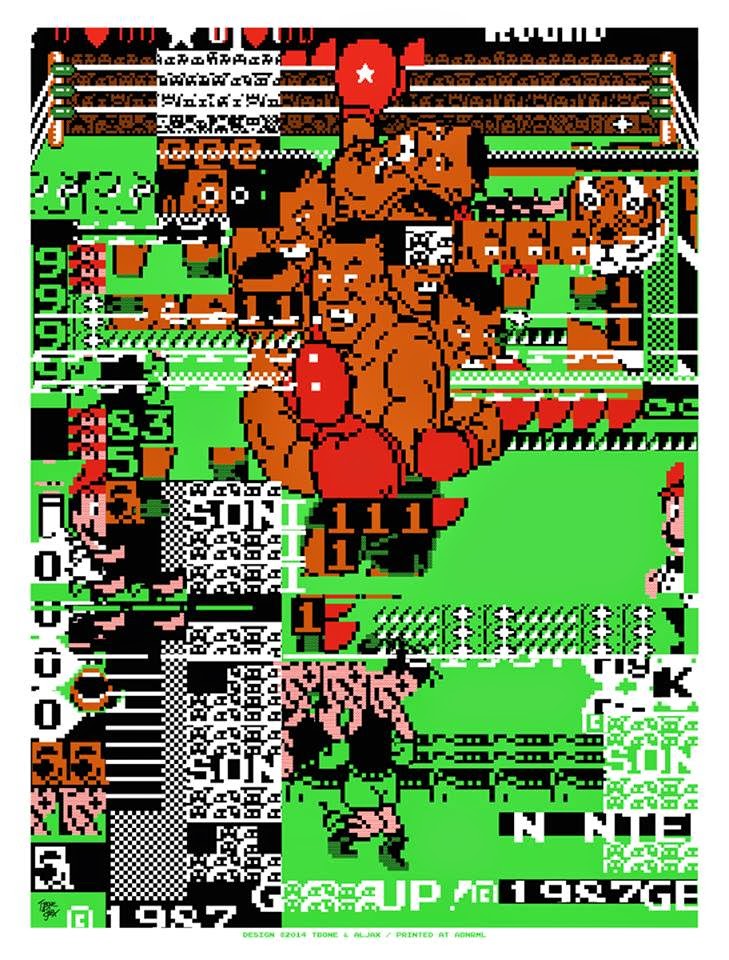 Here is our contribution to the show:
"Miµe T¥~on's ÞUπ©h Θut!"
19"x25" 4 color screen print at Abnrml on French White Speckletone paper. Limited edition of 50 available at tonight's showing, and only $30 each.

this was almost called "the Golden Fleece Circuit". The concept going into this was initially based off of the Jason and the Argonauts battle against the 7 headed Hydra for the Golden Fleece. We figured the only way to tell it in this world with what was available in the game would be through a massive glitch in the system. But then, as we fleshed it out more, it became more of a tale of Little Mac's defeat through 3 rounds against Iron Mike.

Posted by T-bone & Aljax Illustration, Production, and Design
at 3:42 PM